There are two Oregon rules shown below, one is a new ruling from 2012:

full text: http://www.oregon.gov/ODOT/CS/RULES/docs/20120801/735-070-0085finaltext.pdf
___________________________
An ignition interlock device or breath alcohol ignition interlock device (IID and BAIID) is a mechanism, like a breathalyzer, installed on a motor vehicle's dashboard. Before the vehicle's motor can be started, the driver first must exhale into the device; if the resultant breath-alcohol concentration analyzed result is greater than the programmed blood alcohol concentration, the device prevents the engine from being started.
At random times after the engine has been started, the IID will require another breath sample. The purpose of this is to someone other than the driver from providing a breath sample. If the breath sample isn't provided, or the sample exceeds the ignition interlock's preset blood alcohol level, the device will log the event, warn the driver and then start up an alarm (e.g., lights flashing, horn honking) until the ignition is turned off, or a clean breath sample has been provided. A common misconception is that interlock devices will simply turn off the engine if alcohol is detected; this would, however, create an unsafe driving situation and expose interlock manufacturers to considerable liability. (reference from Wikipedia under Creative Commons attribution license :http://en.wikipedia.org/wiki/Ignition_interlock_device )

From State of Oregon web site:
2) IID Requirement
If you do not install an IID when required due to a DUII conviction or remove the device at anytime during the requirement, DMV will suspend your driving privilege. If the device is required as a condition of a DUII Diversion Agreement (AND YOU DRIVE WITHOUT AN IID), the court may terminate the agreement and convict you of DUII.
Fees and Costs
You are responsible for paying all costs related to the ignition interlock device, including the installation, lease, monthly monitoring and removal of the device.
List of approved IID devices:http://www.oregon.gov/ODOT/DMV/docs/iid_approved_devices.pdf

Truth at Trial = Not Guilty 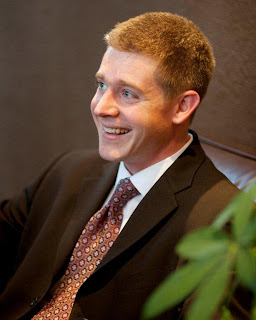 A one day jury trial in Polk County resulted in a Not Guilty verdict in a .11% DUII case.  The police received information that the defendant had been involved in a verbal altercation at a house, and that he drove away while intoxicated.

Officers responded to the defendant’s house approximately 10 minutes after the original call, where the defendant admitted drinking 8 beers throughout the day.  His performance on field sobriety tests was poor, and the defendant expressly denied drinking alcohol since he had been home.  A breath test at 12:30 am resulted in a .11% BAC.

On the surface, the case looked like an easy conviction for the prosecution.   At trial, the witness who called the police admitted that she just “assumed” that the defendant was intoxicated, and had no evidence to support her claim.  Mr. Snow artfully managed the defendant’s testimony, where he testified that he consumed a substantial quantity of hard liquor during the 5 minutes prior to police arriving.

Since he wasn’t truthful with the officers the night of arrest, witness credibility was critical.  Mr. Snow convinced the jury that the defendant was truthful at trial, and that he consumed the liquor in the short amount of time prior to the police arriving.  The use of an excellent expert witness helped explain the BAC of .11%, and Mr. Snow’s closing argument was skillful and compelling.  After two hours of deliberation, the jury returned a verdict of Not Guilty.

NOTICE: The purpose of this blog is to provide basic and general information about Criminal Defense laws in Oregon. This publication should not be interpreted as legal advice, nor substituted for the specific legal advice of an experienced attorney.

Suppression of Evidence Results in Dismissal of DUII 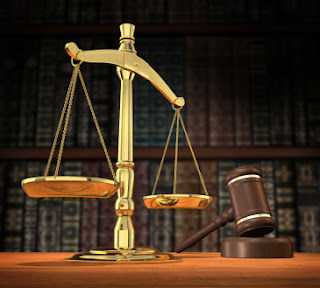 Sometimes the case is won before trial. Attorney Gig Wyatt filed a motion to suppress evidence recently on a DUII case in Monmouth municipal court, outside of Dallas, Oregon. At issue was whether the officer compelled the defendant to take FST’s, whether evidence of defendant’s refusal to do some of  the FST’s could then be used against him, whether evidence the officer obtained to do the Horizontal Gaze Nystagmus test could be used, and whether the defendant’s refusal of the breath test was admissible.  The court suppressed sufficient evidence that the the prosecution elected to dismiss.  When evidence is suppressed which limits the ability of the prosecution to effectively prosecute “they really have to assess whether they have sufficient evidence to go forward and, in this case, they have elected to dismiss all charges pending against my client,” Wyatt said.  Suppression of evidence under the 4th Amendment is often a vital but overlooked aspect of criminal defense, and especially in DUII cases, where specialized knowledge about evidence, combined with the ability to spot  mistakes by the police,  can effectuate the desired result.