Not Guilty on Controlled Substance DUII 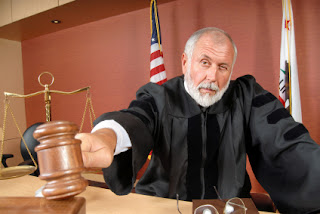 A 2 day jury trial in Linn Co July 10 and 11 resulted in an acquittal of a gentleman accused of being under the influence of controlled substances. In this case, Linn Co deputies stopped a man for weaving and conducted Standardized Field Sobriety Tests (all of which he failed) after which he was  arrested.  A breath test resulted in a . 00% BAC and another officer was summoned to conduct a Drug Recognition Exam. The Drug Recognition Expert (DRE) officer reported that he was under the influence of Oxycodone and Valium. The Oxycodone was confirmed by a Urine Test along with trace amounts of Valium. The State argued that the arresting officer and the DRE both correctly identified controlled substances as the reason for his impairment.
Controlled substance duii is a very technical and complex area. The subtle signs of impairment are usually supported by the DRE.  They are different for the different categories of CS (controlled substances). An expert for the defense is often necessary to explain and dispute those signs of impairment.
Gig Wyatt cross examined the arresting officer by pointing out that he was really after alcohol when he observed alcohol in the vehicle, even though the of odor of alcohol was never mentioned. The fact that the officers correctly concluded the controlled substance was also not coincidental,  as the defendant told the police he had prescriptions for both drugs and had taken the Oxycodone earlier that day. Arguing the effects of various controlled substances is a technical area of DRE that requires additional research and skill. The defense was aided by a forensic toxicologist who testified that the symptoms of impairment indicated by the defendant were also consistent with other lawful substances he had ingested and further consistent with other conditions of the defendant such as age, health, etc.

After 9 months of stress and 2 days of trial, the jury took just 20 minutes to acquit the defendant.